R&D Tax Credits in the UK – Statistics of an under-exploited funding support mechanism on the UK market.

At Winnovart, our focus has always been grants-based funding programmes, such as the ones from Innovate UK, EC/ Horizon 2020 or similar. Although under different terms, the Reaserch & Develpment (R&D) Tax Credit scheme offered by HMRC represents a way faster and less competitive alternative for R&D performing / innovative companies in the UK to receive a “funding-type” support. Or, for those successfully receiving innovation grants, a very good “funding add-on”.

Latest statistics published by HMRC for this support scheme show a still under-exploited mechanism, enjoying however a rapid growth in level of interest from SMEs and large enterprises across industries, with most of the benefit being claimed by the London and South East region.

See below a couple of snapshots with relevant insights from a study published by HMRC (dated September 2017).

Please respond to our survey on the level of awareness across UK companies.

R&D tax credits are being claimed amongst many industries, showing how there is room for innovation in each one. The top three industries these claims are made in are ‘Manufacturing’ (28%), ‘Professional, Scientific and Technical’ (20%) and ‘Information and Communication’ (26%) sectors, accounting for 32%, 23% and 20% of the total amount claimed respectively. However, nearly every industry has a presence in trying to claim R&D tax credits.

If your company is researching and looking into any new sorts of untested processes, your company could qualify for R&D tax credits as well. 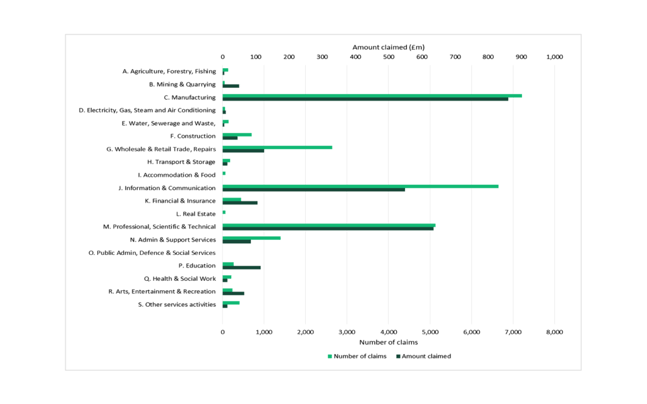 R&D Tax Credits are a tax incentive sponsored by the UK government to provide a tax break to companies that are fostering research & new breakthroughs in any industry.

While this programme was launched in 2000, recent changes in policy have made this credit more accessible than ever. A requirement previously existed that a company had to spend at least £10,000 to be eligible for the R&D Tax Credits. Since its removal in 2011, there has been a 350% increase in SMEs first- time applicants. First-time applications were at an all-time high at 7000 for fiscal year 2015-2016. 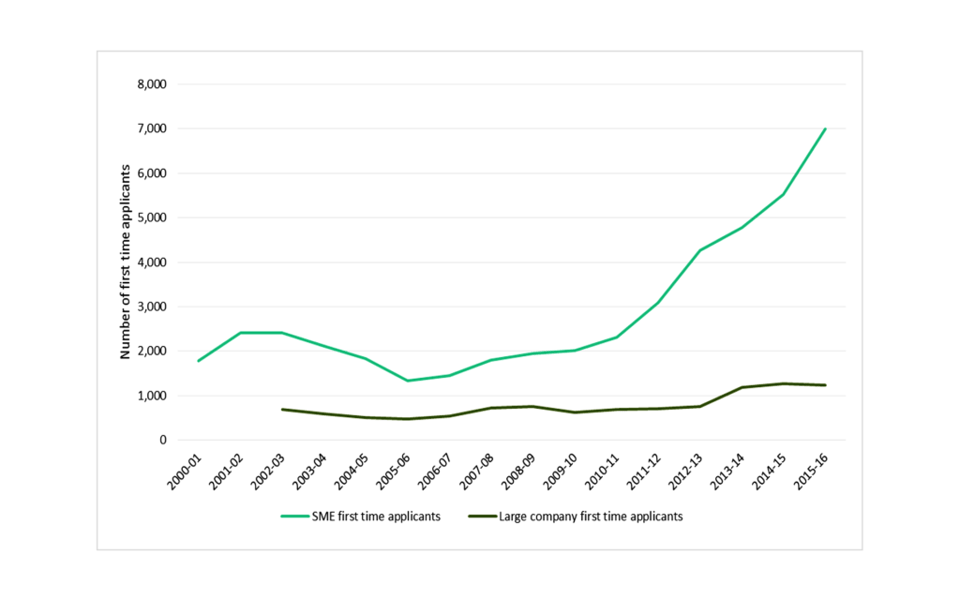 R&D tax credits are being claimed throughout the UK, however with significantly more applicants coming from London (19%) and the South East (17%) than anywhere else. There are overall significantly more SME claims than large company claims overall, reflecting the fact that any firm engaging in R&D work of some sort can apply for this tax credit, regardless of size.

Most R&D tax credit claims are made from London, with the South East as a close second. In these regions as well as across the UK, the number of SME claims far outweighs the number of RDEC claims. This is because there are many small firms conducting R&D activities, whereas RDEC claims are typical for larger enterprises in particular or for grant-funded enterprises in general.

The regional spread of the value of R&D tax credits claimed follows the structure of filed claims, with London companies having claimed the most aid (29%), seconded by the South East (20%). 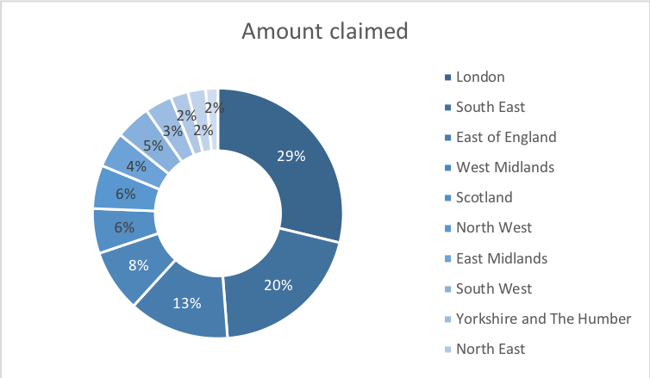 Almost 90% of all applications are submitted by SME companies, going of course for the SME-dedicated R&D tax credit scheme. While the large company scheme was officially retired, a few companies are still taking advantage of allowances to use this for the last year. 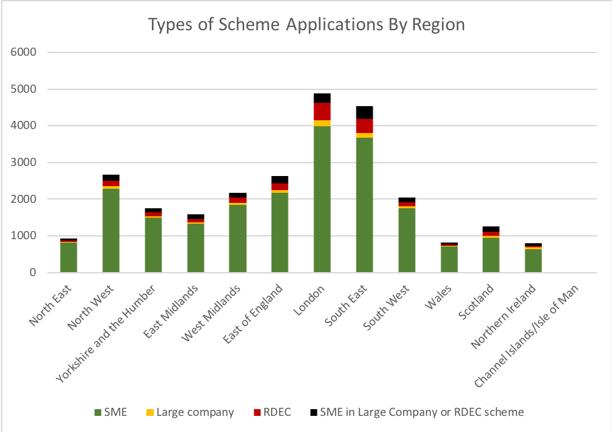 When applied for, the R&D tax credits have a very high success rate. Basing off the number of claims versus returns for all R&D schemes, the success rate of receiving some amount of claim is over 99%, making this a very valuable opportunity that many companies do not take. 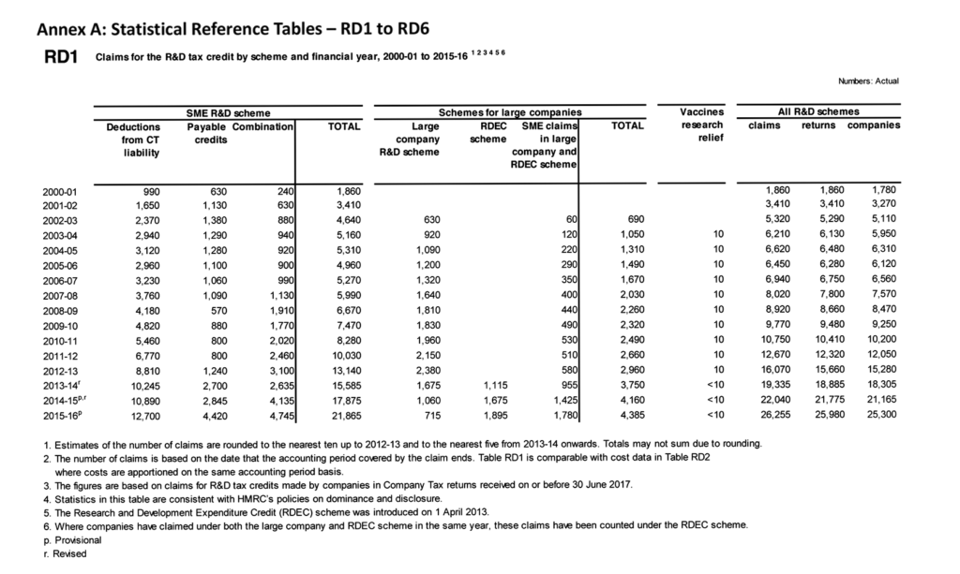